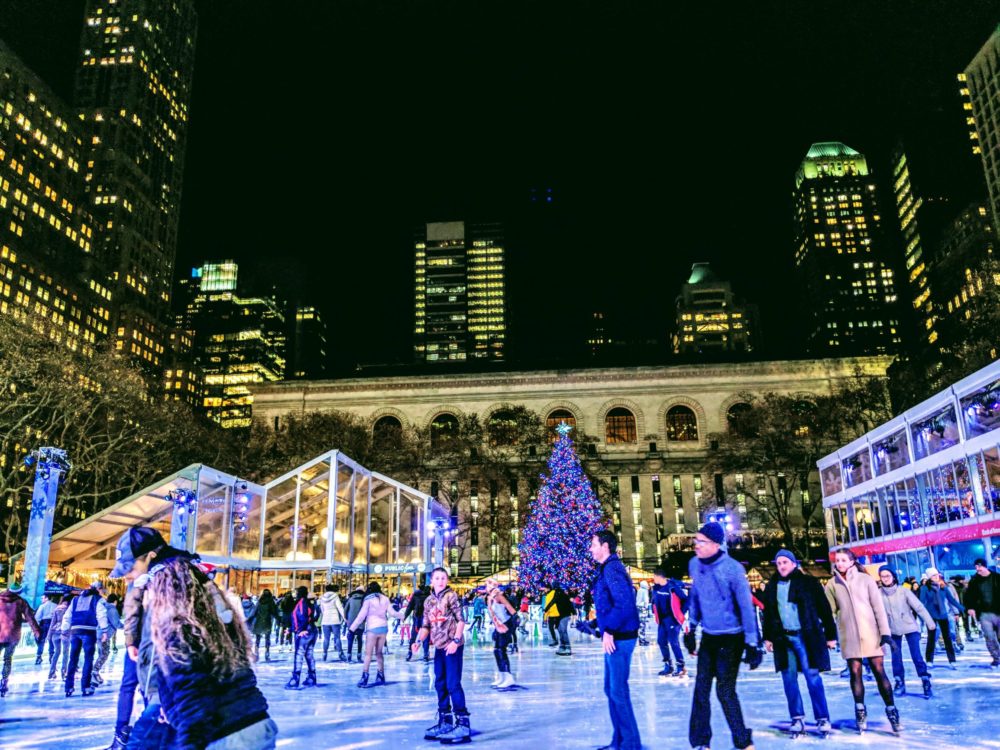 Visiting New York City at Christmastime is on many a person’s bucket list, and if it’s not on yours, it should be!  The words Christmas and New York City are synonymous in my brain, and if you’ve ever been to NYC at Christmastime, you know what I’m talking about! In short, New York City is Christmas for the month of December (and one week in November)!  Every block you stroll down comes to life with beautiful Christmas lights, and as you stroll down Fifth Avenue, the store windows magically transform into scenes right out of a child’s imagination! Every block is teaming with a whimsical energy that will make a true Christmas believer out of anyone!  Therefore, if you weren’t already seeing visions of sugar plums when you stepped off the plane at JFK, give yourself five minutes in the city, and they’ll start dancing around in your head. 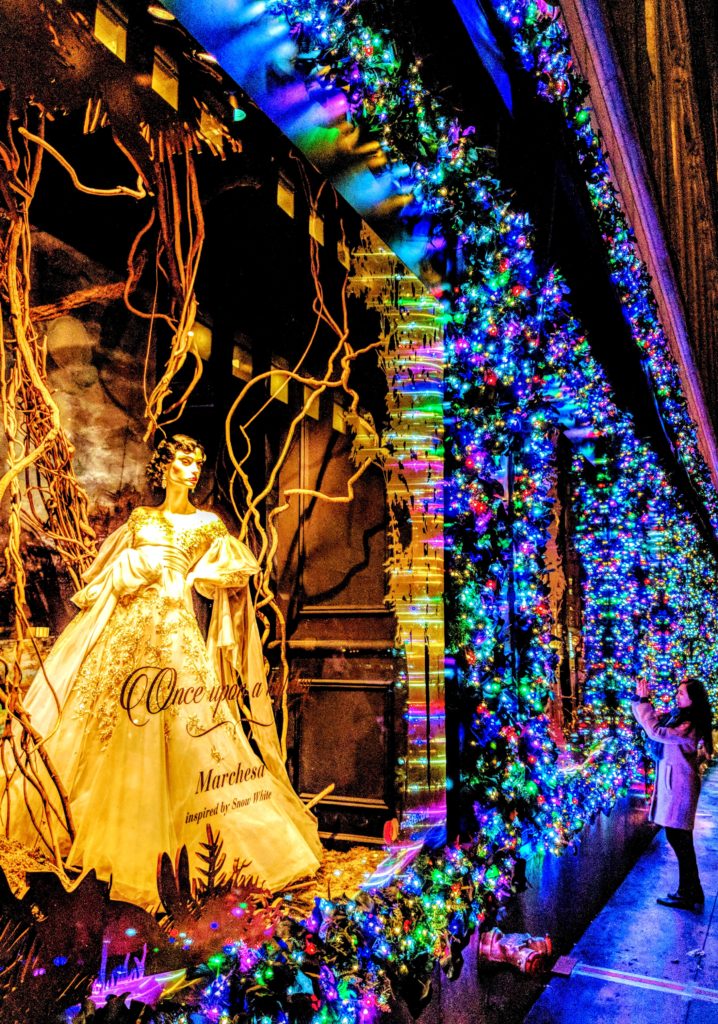 I guess my fascination with visiting New York City during Christmastime began as a wee babe in Toyland, because nearly all of my favorite Christmas movies take place in the Big Apple!  Join me as we take a walk down Santa Lane and reminisce about these classics: Home Alone 2, When Harry Met Sally, Serendipity, Elf, Miracle on 34th Street, and You’ve Got Mail. Ok, not all of these are specifically Christmas movies, but they do all embody the Christmas spirit in at least a few scenes throughout the movie.  Who wouldn’t want to gaze upon the iconic Christmas tree at Rockefeller Center like Kevin McCallister or meet the love of your life while Christmas shopping in a famous NYC department store as you both reach for the last pair of cashmere gloves?!?  I’ve been to NYC twice during the Christmas season in the past 5 years, so I guess you could say all of that holiday cinema magic worked on me! 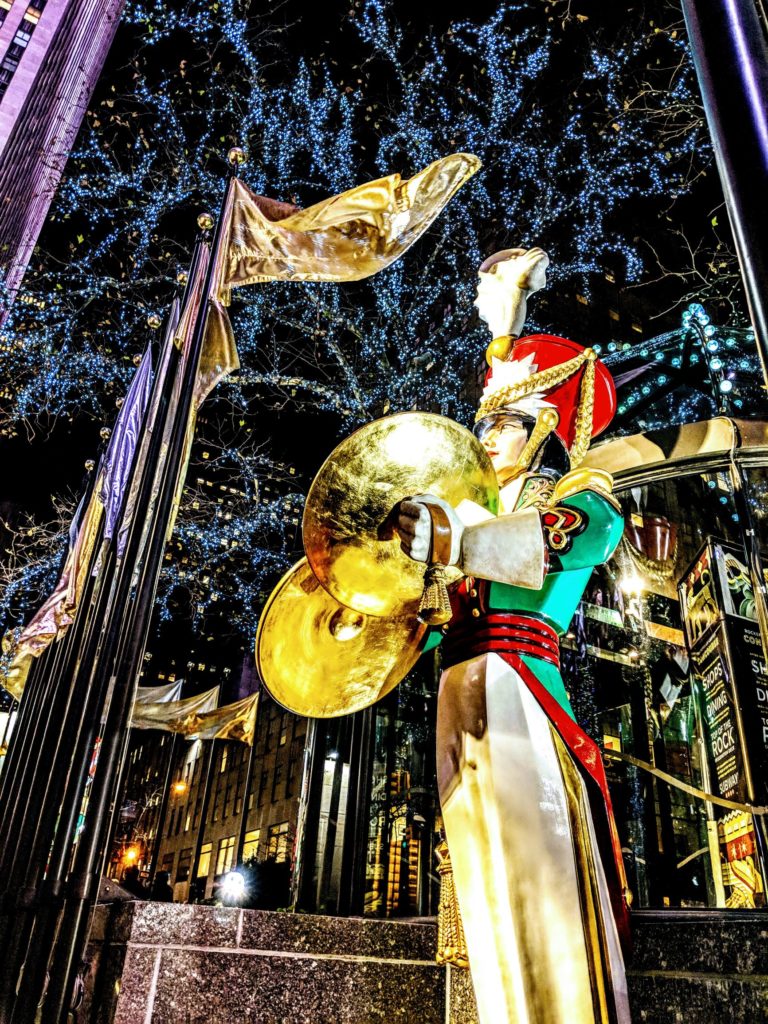 Furthermore, the month of December is extra special to me, because it’s my birthday month!  As a December baby, however, it often feels like your birthday gets overshadowed by December 25th, but not last year! To celebrate my big 35th birthday, my mom and stepdad surprised me with a trip to NYC to see Bette Midler in Hello Dolly before her time as Dolly Levi came to an end in January.  My mom and I spent four unforgettable days in the Big Apple. It was her first time visiting NYC, so we had to make the most of every moment! I created an itinerary to suit our combined interests and that also catered towards a first time visitor, keeping in mind that the cold and snow would play a factor in our visit. An itinerary such as this would look different for the warmer months!  We went for a long weekend in early December on a Thursday through Sunday and stayed in Koreatown/Midtown at the La Quinta Inn & Suites on 32nd St. between Broadway and 5th Ave. For those interested in my New York City Christmas itinerary, keep reading: 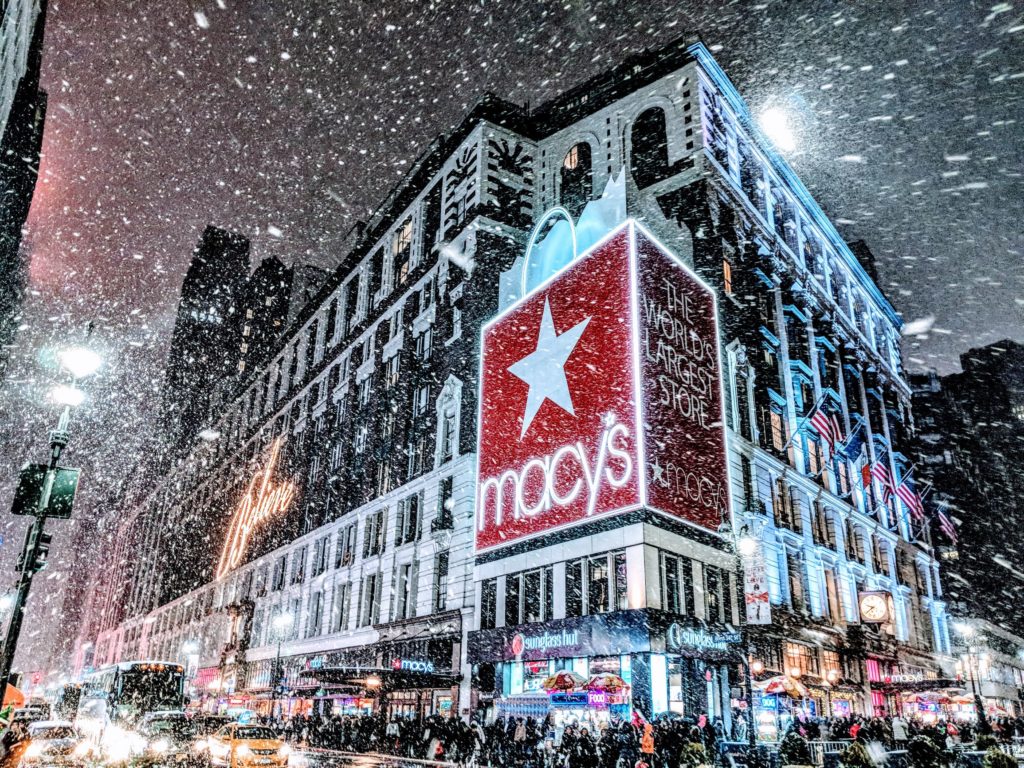 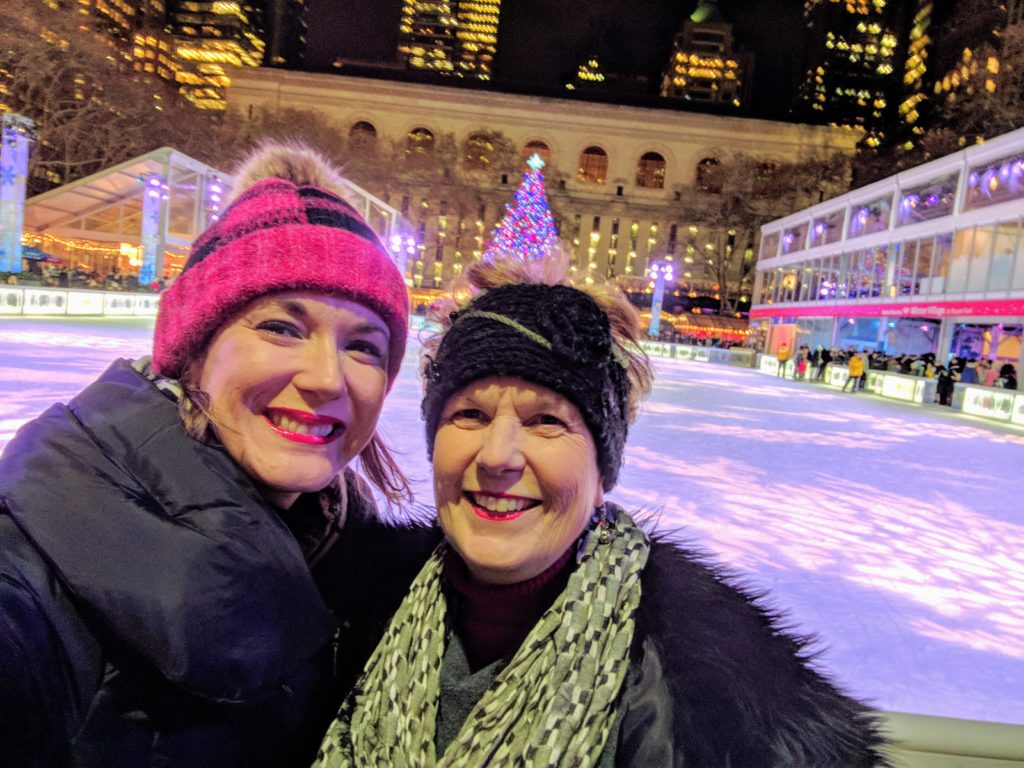 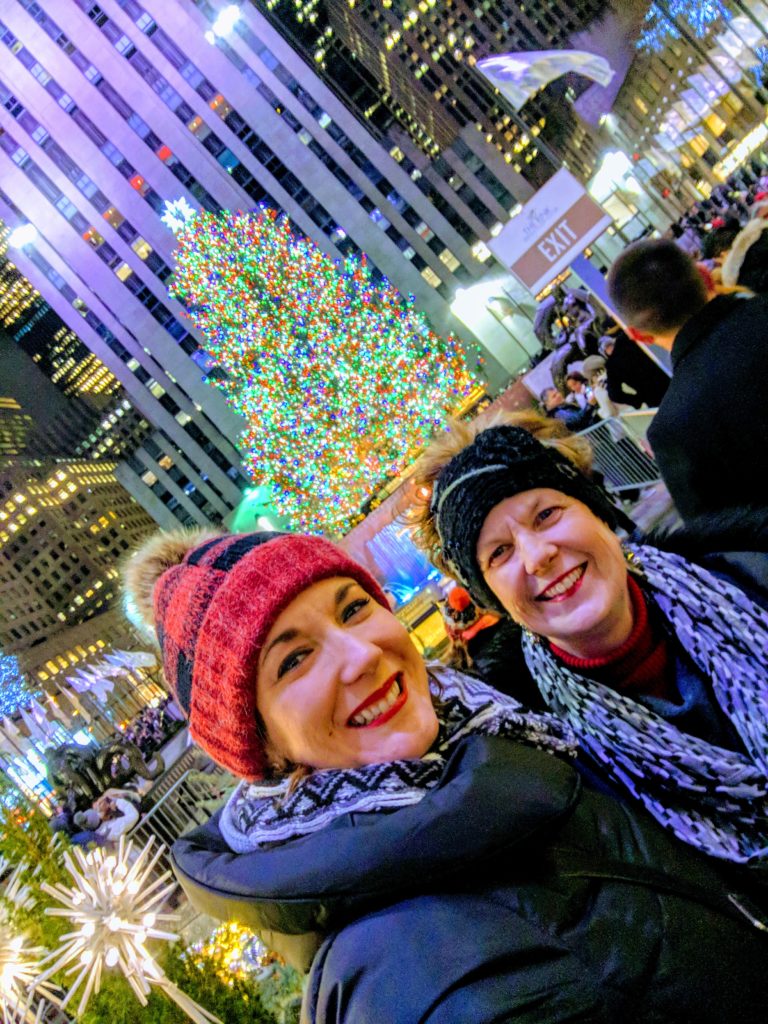 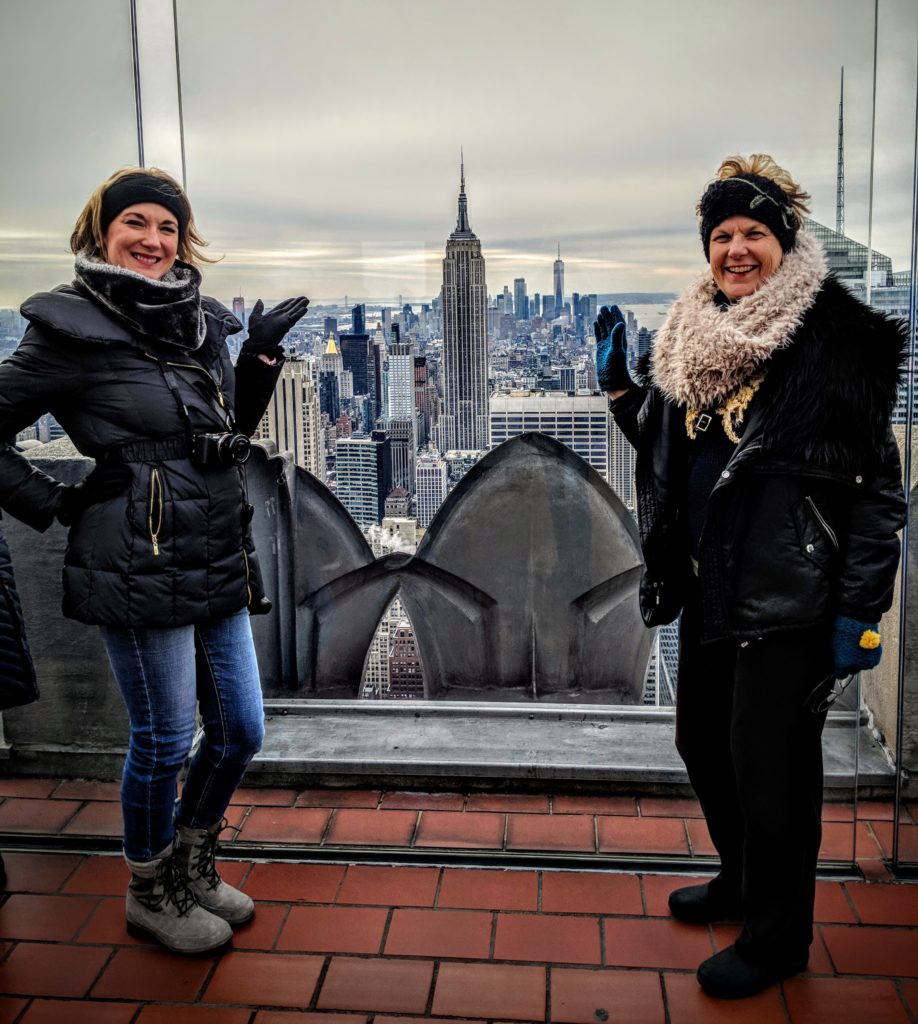 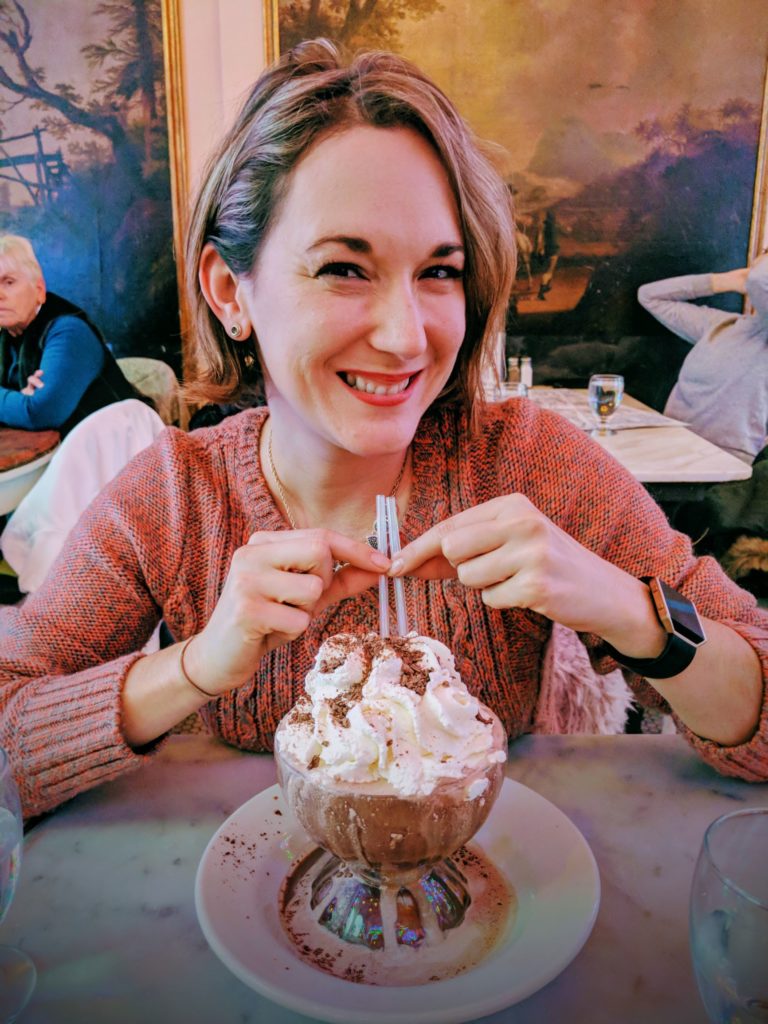 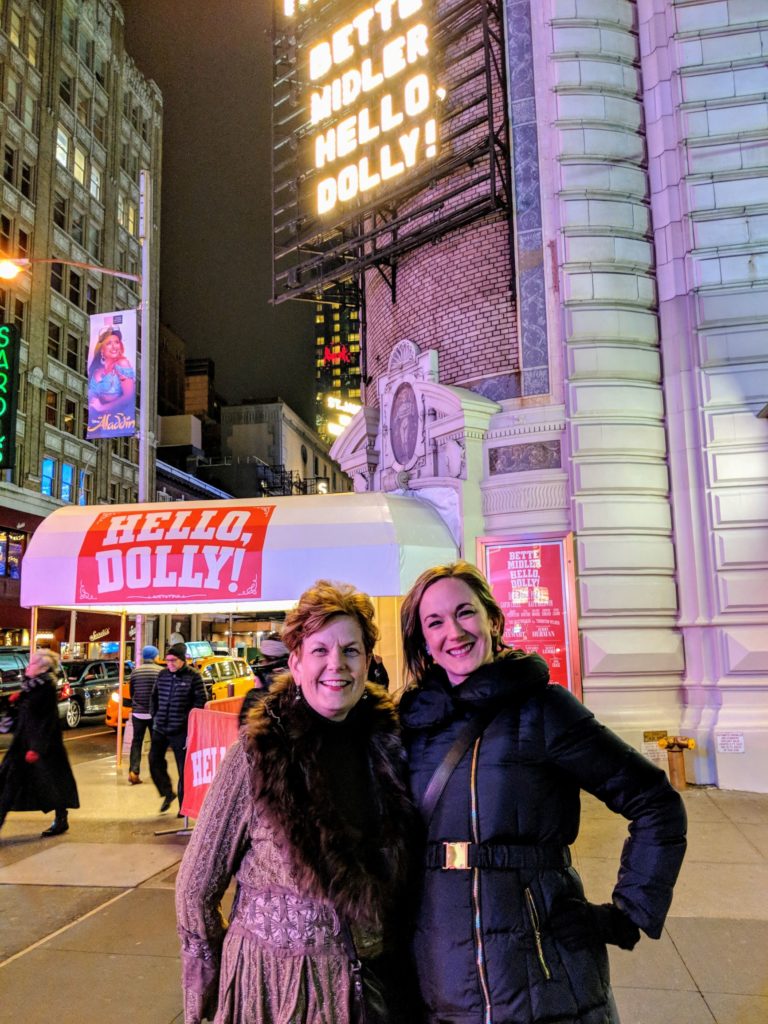 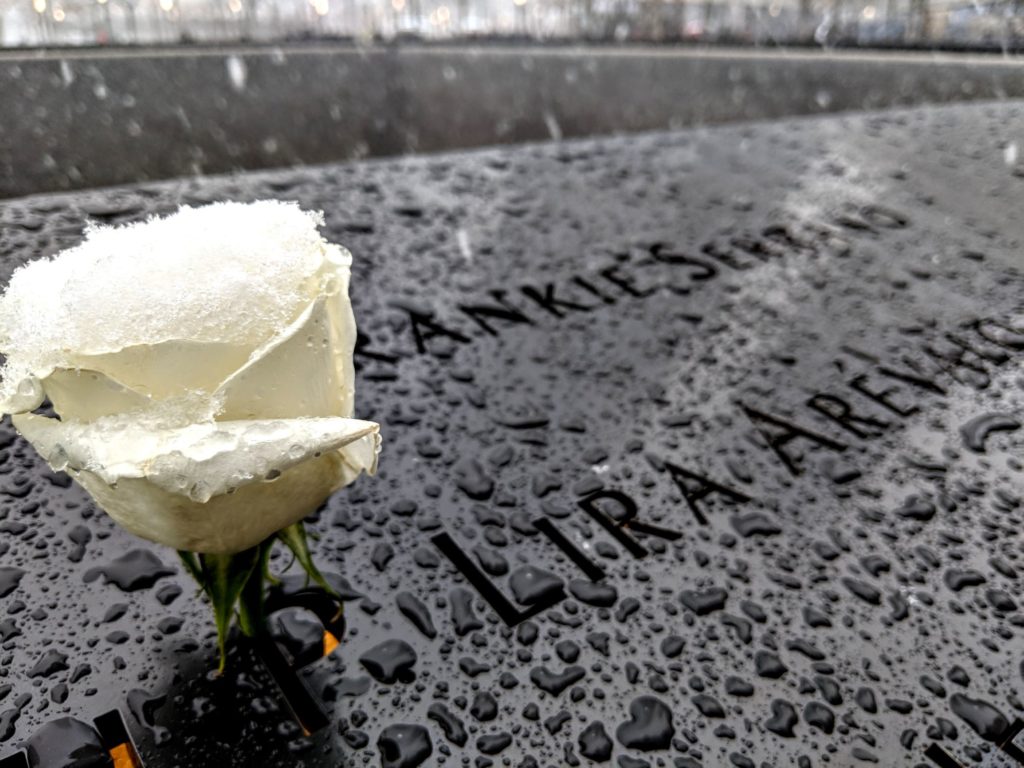 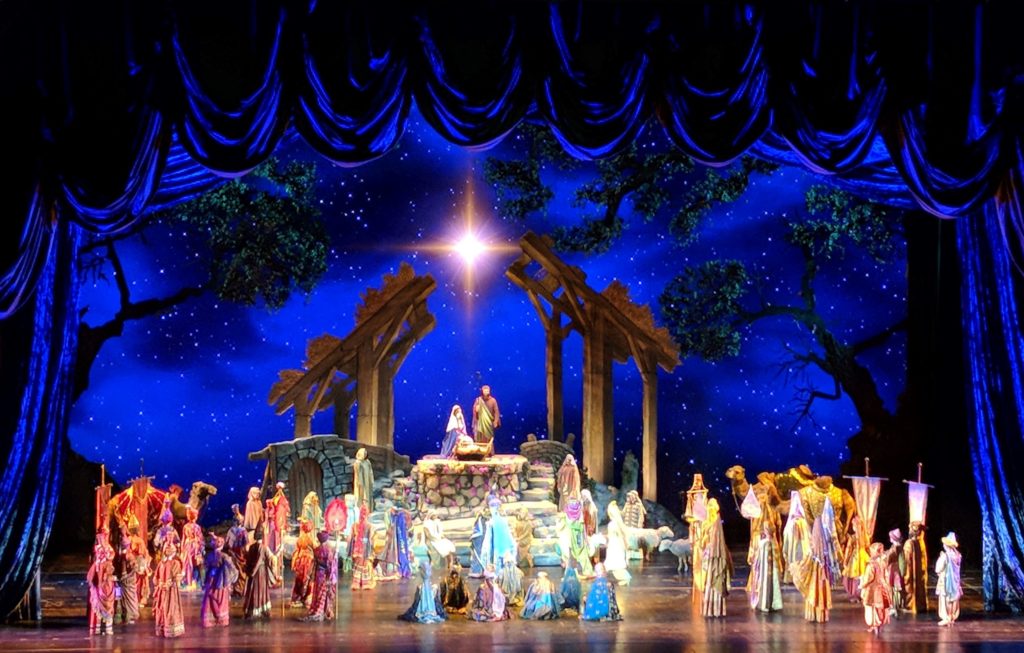 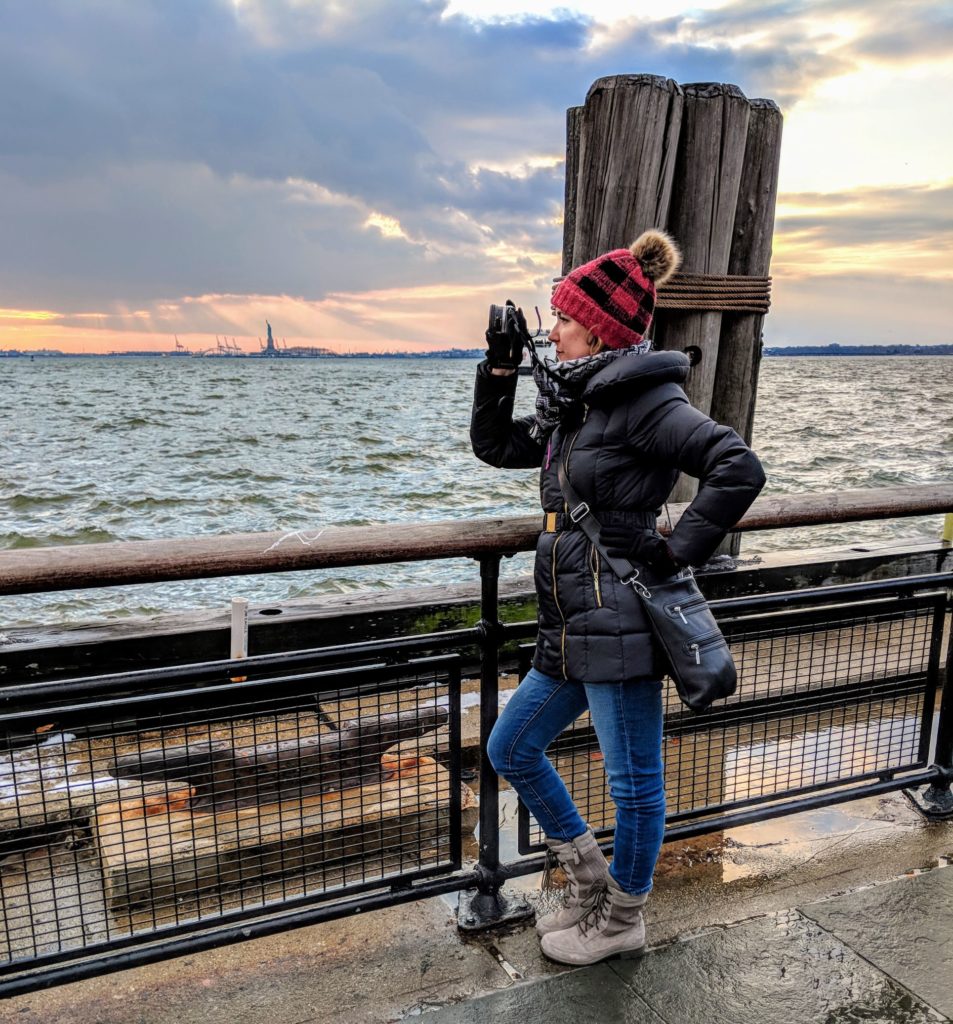 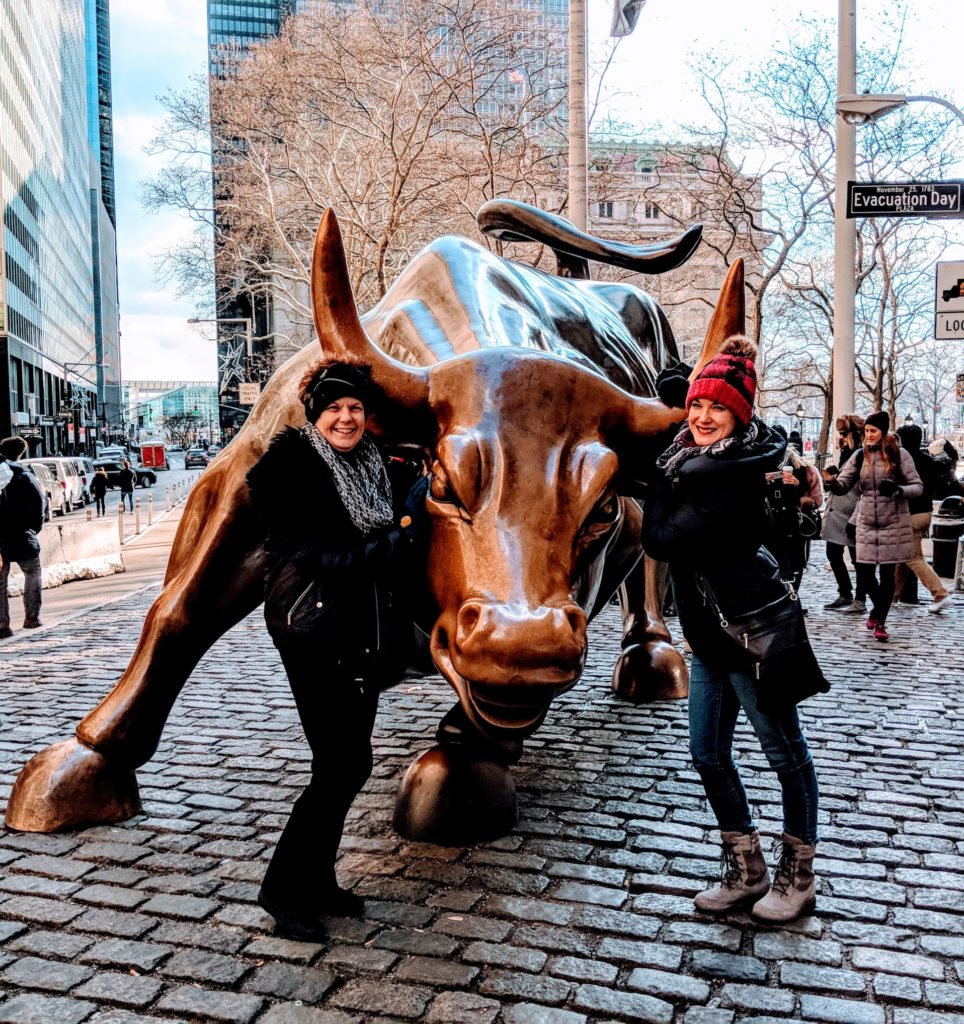 *Prices and operating hours are subject to change.

**Ran out of time for this or decided to do something different (like take a cat nap).

Side Note:  As you can see, there were several things on our itinerary that we simply didn’t get to see or do.  Either we ran out of time, or in most cases, it was so snowy and cold that us native Texans said, “Nope!” and hid out in a cafe somewhere!  ;-P

Pro Tip #1:  Save all these places in advance on your Google Maps app so that you don’t have to waste time looking them up!  I like to “star” the places I want to see and “heart” the places where I want to eat. 🙂

Pro Tip #2:  Since you’ll be going in the wintertime but probably still want to see all the touristy sites, I recommend dressing in layers and wearing waterproof boots and a jacket with a hood (just in case you get caught in the snow like we did).  We also bought hand warmers to put in our gloves and boots to stay nice and toasty! 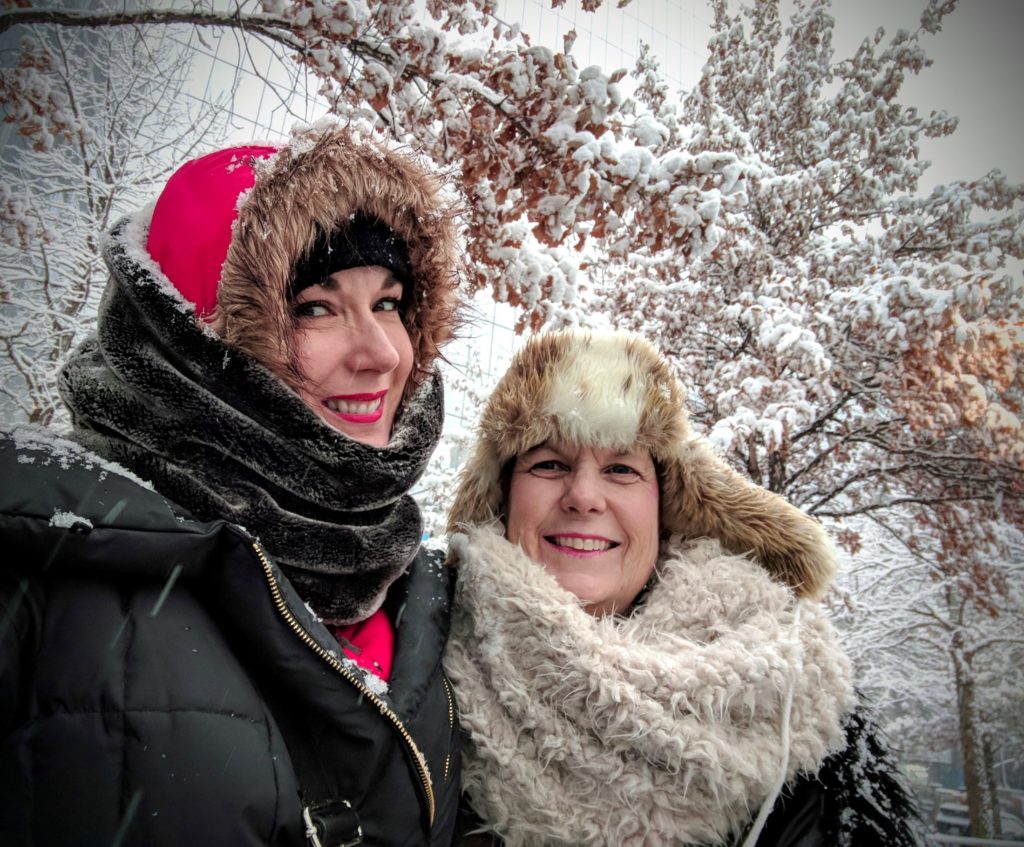 What’s on your must-see or must-do list in New York City at Christmastime?  Drop me a comment below! 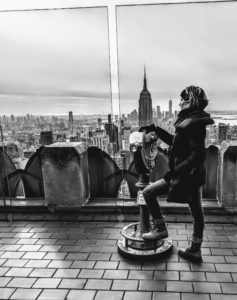 My name is Kristin Kee, a.k.a. Kiki, and I’m a 36 year old Texan and former Spanish teacher turned full-time travel blogger! I was first bitten by the travel bug when I was 7 years old on a family trip to San Francisco, and from that moment forward, I fell in love with the unknown world around me! So, it could be argued that for me, it’s not a case of wanderlust but rather wanderlove. Join me on my journey of self and world exploration, and perhaps you too will take your wanderlust to the next level and fall in wanderlove! 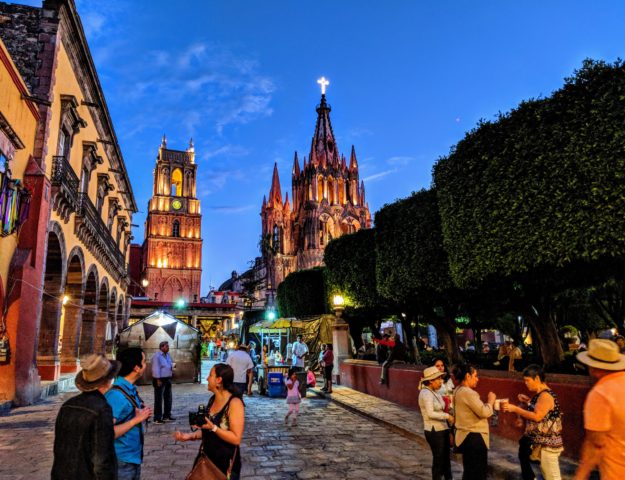 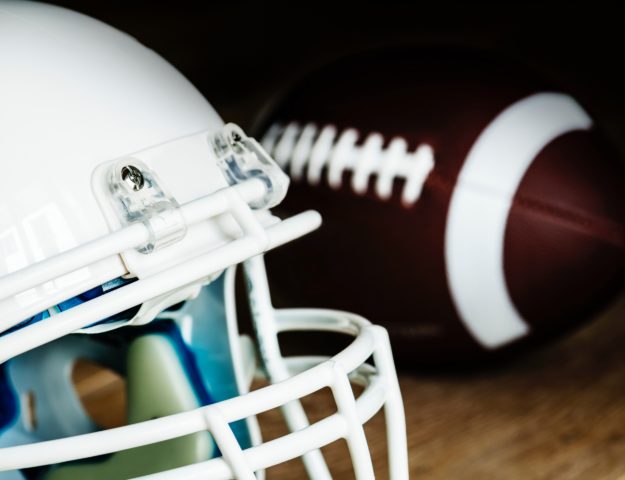 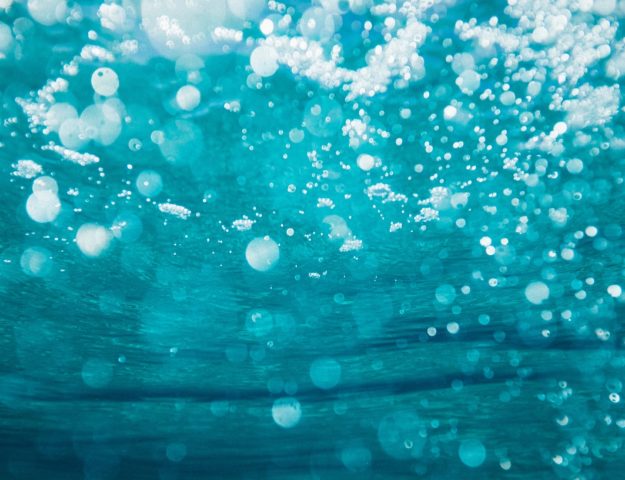 What You Should Know Before Your First Float Tank Experience 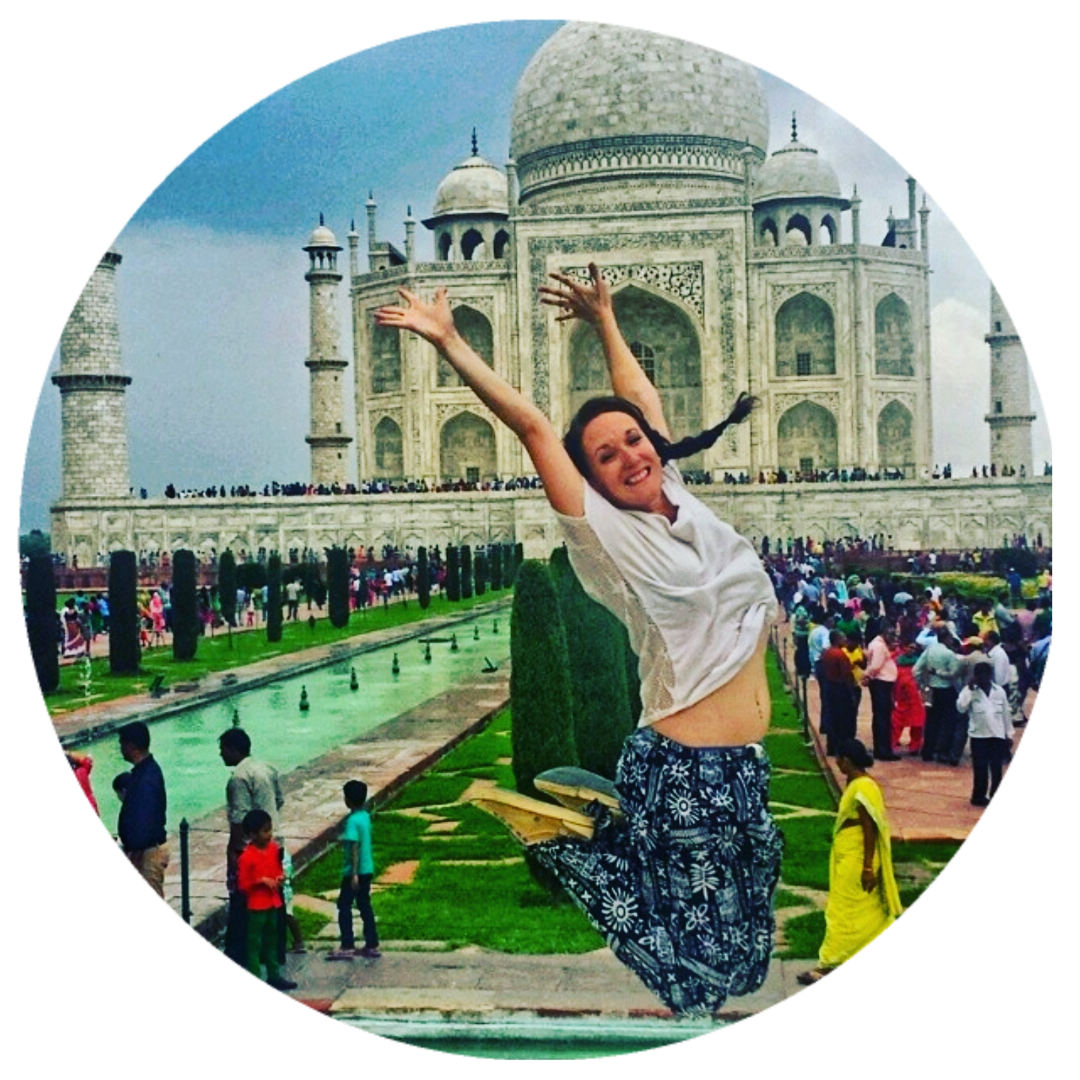